The Cal Poly team competed against 46 other university teams from throughout the U.S. and countries such as Canada, the Dominican Republic, Ecuador, Egypt, Malaysia, Mexico, Turkey and Romania.

The Cal Poly team’s months-long preparation involved writing a design proposal; constructing a 5-foot-tall balsa-wood model to survive two shake-table ground motions; refining computer simulations to accurately predict the model’s performance; and developing communication materials, including a poster and oral presentation. Their efforts led to a second-place award for presentation and poster, third in proposal, and fifth for architecture.

“Our Top 10 performance in the competition sub-categories led to significant bonus points for our team,” Behrouzi said. “The students’ quality construction and the model’s outstanding seismic performance under shake-table testing helped the team rank second overall.”

Cal Poly has participated in the EERI Seismic Design Competition since 2007 — taking first out of 19 teams in 2009 and placing second out of 28 teams in 2011.

About Cal Poly’s Architectural Engineering (ARCE) Program
For nearly 75 years, the Cal Poly ARCE program has embodied the university’s Learn by Doing credo. Focusing heavily on structural engineering with an emphasis in seismic design, the ARCE curriculum is a unique blend of theory and practice. The program is highly interdisciplinary, integrating architecture studios and construction management courses, thus providing students with a thorough understanding of the broader design/construction process. The acclaimed four-year Bachelor of Science degree is ABET accredited, and graduates typically become licensed as structural engineers. The ARCE program also offers a Master of Science in architectural engineering program. With its in-classroom innovation, connection to industry, and high job placement rate, graduates of the ARCE program are among the most sought after in the country and have gone on to shape our built environment. To learn more, visit arce.calpoly.edu. 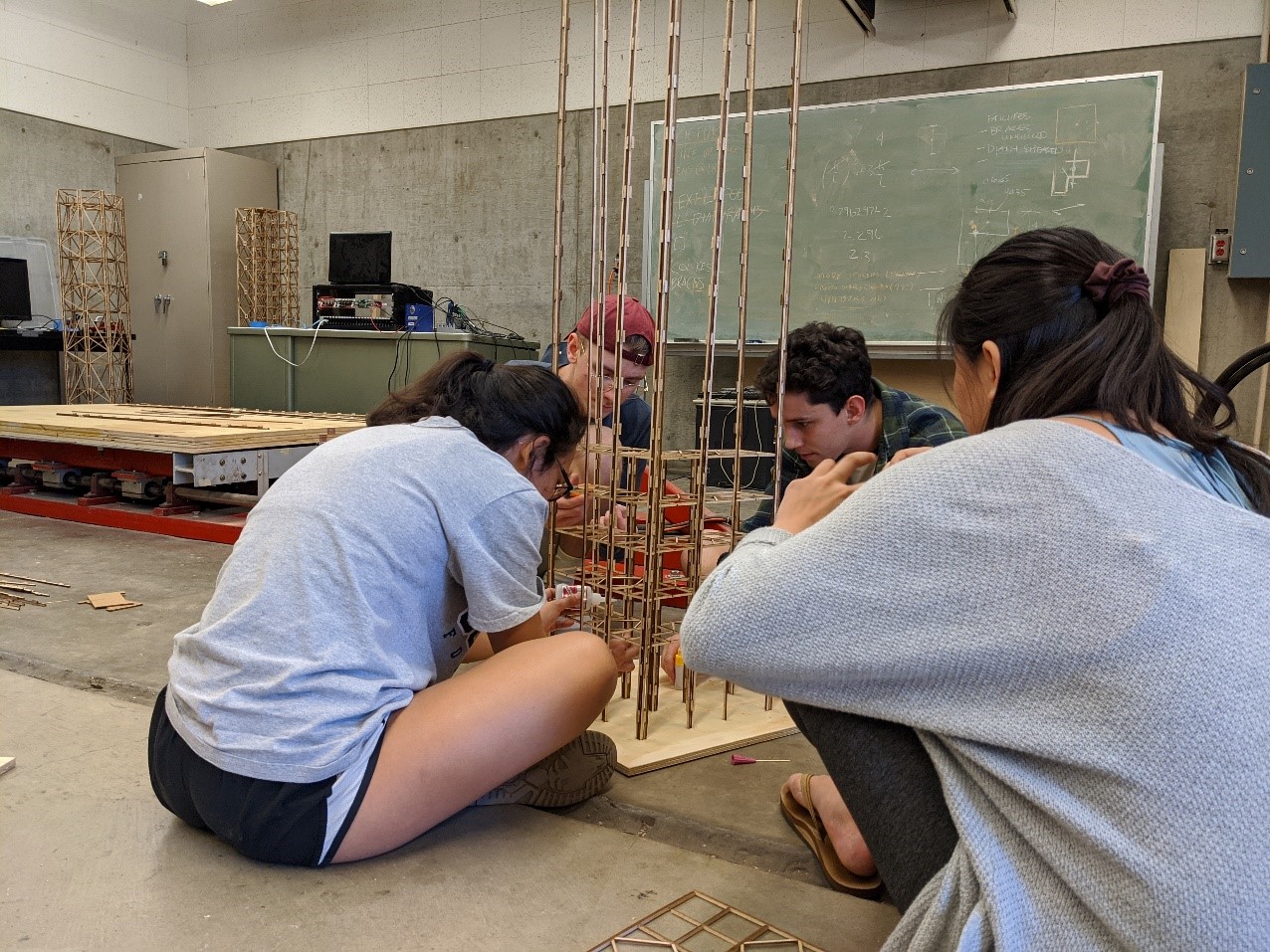 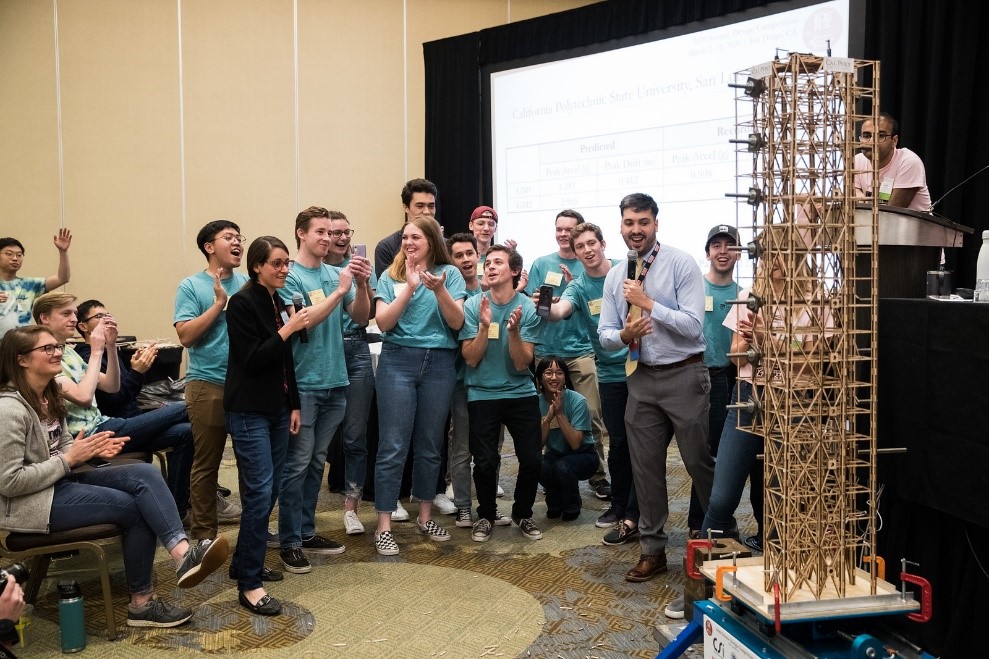 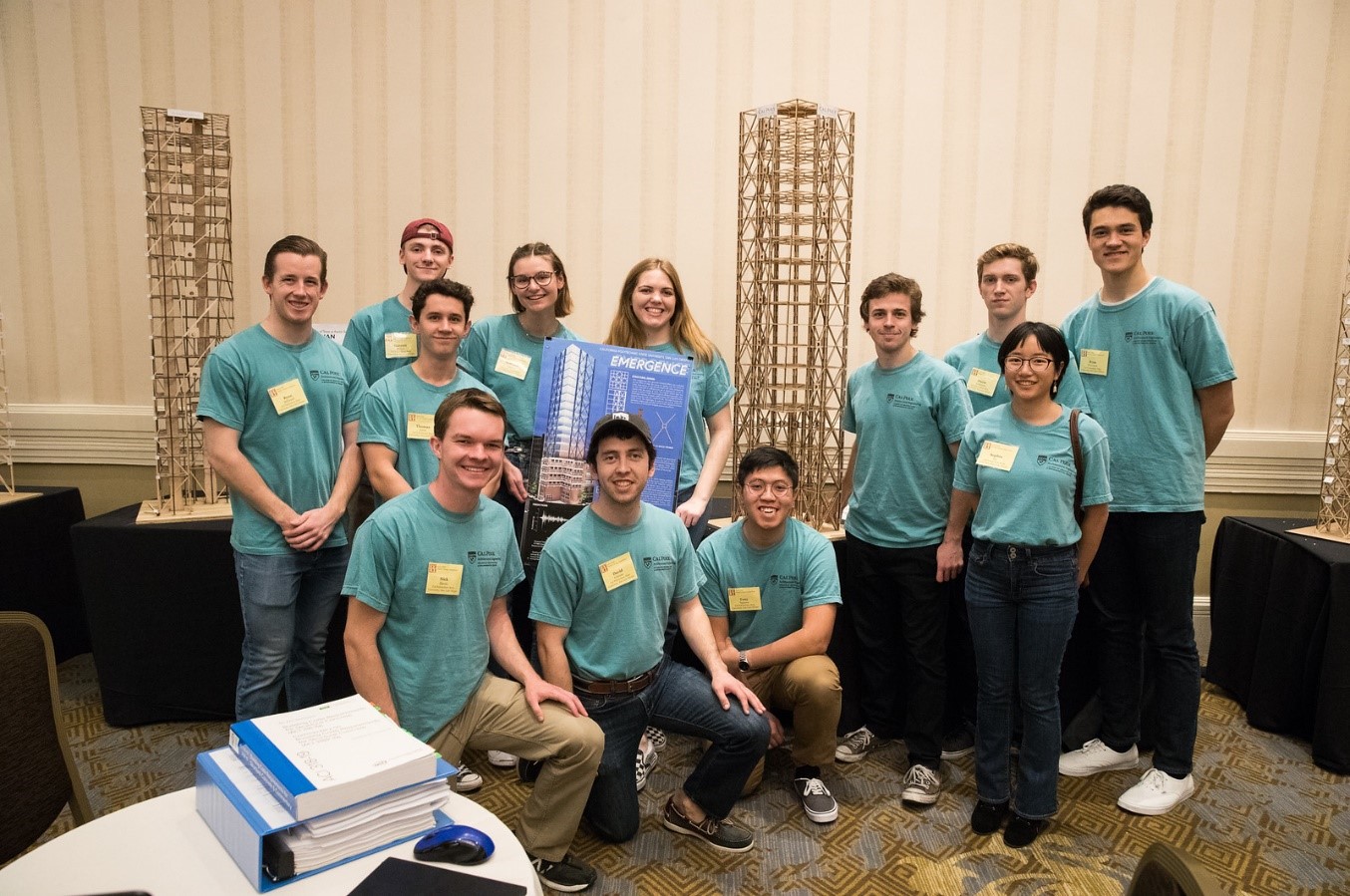 Cal Poly Seismic Design Team at the competition with balsawood tower and poster.