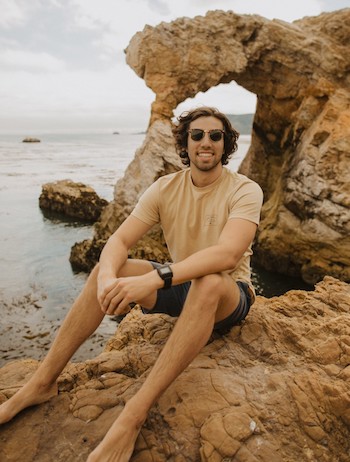 A Cal Poly construction management student had a hands-on role in developing the first fully inclusive playground on the Central Coast. A grand opening was held in April for Atascadero’s Joy Playground, which was designed with features that all children can enjoy.

Senior Nick Vollucci was one of two students selected to work on Joy Playground as part of his senior project. Cal Poly alumnus Harrison Tucker, who graduated in spring 2019, was also chosen for the project.

The two students first learned about Joy Playground during their senior project prep class. Their professor, Phil Barlow, told the class about the opportunity. Vollucci and Tucker were the first two students to reach out to one of the organizers, Kate Auslen, who is also a personnel specialist in Cal Poly’s College of Architecture and Environmental Design. Auslen introduced the students to the project manager, former Cal Poly student Taylor Hamil, and they began working on the project in fall 2018.

During the project, Vollucci was responsible for budgeting and Tucker handled scheduling. They soon faced a challenge: the location chosen for the playground, located next to the Colony Park Community Center at 5599 Traffic Way, contained a lot of the city’s utilities. As a result, Vollucci said, the playground had to be raised above grade, making the project more complex.

Vollucci said he relied on his Cal Poly education to address such challenges. “Through my construction management courses, I learned how to take a big issue and break it into smaller parts,” he said. “When you look at a giant set of plans you realize that it’s just a list of goals, like a giant instruction manual.”

“At the beginning of this project, I didn’t think my role would be a significant contribution,” Vollucci said. “But when hundreds of people showed up to the grand opening, I realized that the construction of the playground has a tremendous positive impact on the surrounding community.”

“This project will also raise awareness about the diverse needs of all children, including those with disabilities,” he added. “That’s something I didn’t fully consider before.”

Vollucci grew up in Orange County, California, and chose to attend Cal Poly because he believed it would be a great environment to find himself. He was attracted to the university’s Learn by Doing motto and the spirit and drive of the students, which goes far beyond any other university he visited.

In high school, he enjoyed woodworking and building things during his free time. Vollucci recalled one time where his high school’s student government wanted to buy a flyer stand for $1,000, but he stepped in and said he would build it for a fraction of the cost. Vollucci has always enjoyed solving problems through building, construction, and working with his hands.

Vollucci, who plans to graduate in December, looks forward to his new position with Morley Builders. He previously worked as an intern for the company, and had the opportunity to work on the SoFi Stadium project. The stadium will be the new home of the Los Angeles Chargers and the Los Angeles Rams, and will host major events like the opening and closing ceremonies for the 2028 Olympics.

When asked what advice he would give to current and future students, Vollucci said: “Try to let go of stereotypes and don’t hold back. Just say yes to new opportunities because you won’t know what it’s like until you’ve done it.”

Read more on the Parents for Joy website at: 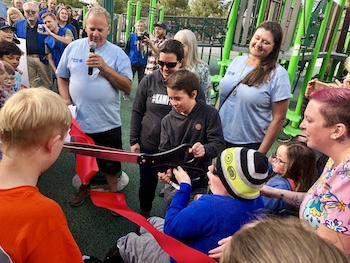 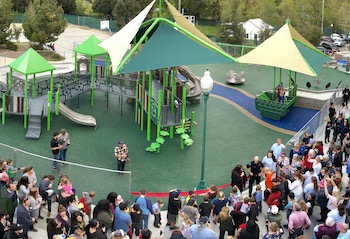 Check out the cover story and awesome video about the Design Village competition and learn more about alumnus Chuck Durrett’s cohousing work!