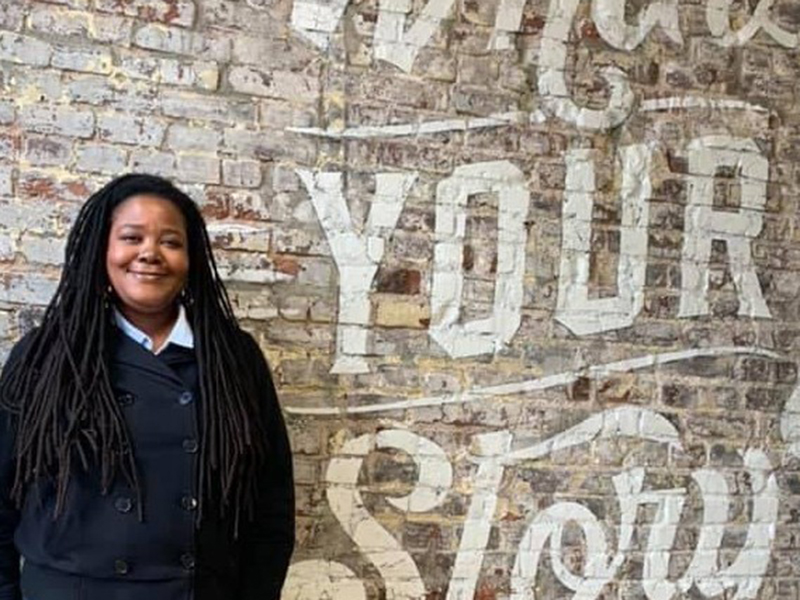 Jeana Dunlap is an urbanist and community development practitioner. She earned her Master’s in Public Administration (MPA) degree from the Martin School in 2006, and was one of nine members of the 2018-19 Loeb Fellowship class at Harvard University’s Graduate School of Design. This prestigious fellowship recognizes exceptional mid-career practitioners from around the world for their achievement and potential, and includes a year of independent study at Harvard.

In addition to affordable housing and place-making initiatives, Dunlap also has been instrumental in fostering a community-wide dialogue on the issue of past and present redlining practices. In 2015, she partnered with nationally-recognized urban design consultant Joshua Poe to publish “Redlining Louisville, The History of Race, Class and Real Estate.” This interactive story-map analyzed ways that redlining has affected housing development, disinvestment and lending practices in Louisville since the 1930s and received national recognition.

Dunlap is a proud Kentuckian having been born, raised and educated in the Commonwealth. She was a 1989 Governor's Scholar at Centre College and graduated from duPont Manual High School in Louisville, Kentucky. In addition to her studies at the Martin School, Dunlap earned a Bachelor of Science in Economics from the University of Louisville’s College of Business and a Master of Science from the Gatton College of Business and Economics.