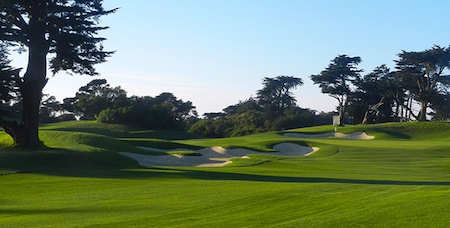 A Collegial Golf Tournament for the Benefit of the
College of Architecture and Environmental Design (CAED)
Cal Poly, San Luis Obispo

FORMAT:  Four (4) one-day Qualifying Tournaments (statewide) culminating in a single Championship Tournament at one of America’s premier golf clubs in Pebble Beach.  Championship Tournament to be composed of winners of each Qualifying Tournament.  Scoring at qualifier tournaments will be based on Stableford format that allows players to remain competitive throughout a day of golf and not be eliminated by a few bad holes of play. Players may select either a scramble format or play their individual ball. CAED Receptions will be hosted after each tournament and will be open for players and alumni in the area.