Students were singled out among some 900 counterparts from more than 50 universities in the U.S., Canada and Puerto Rico 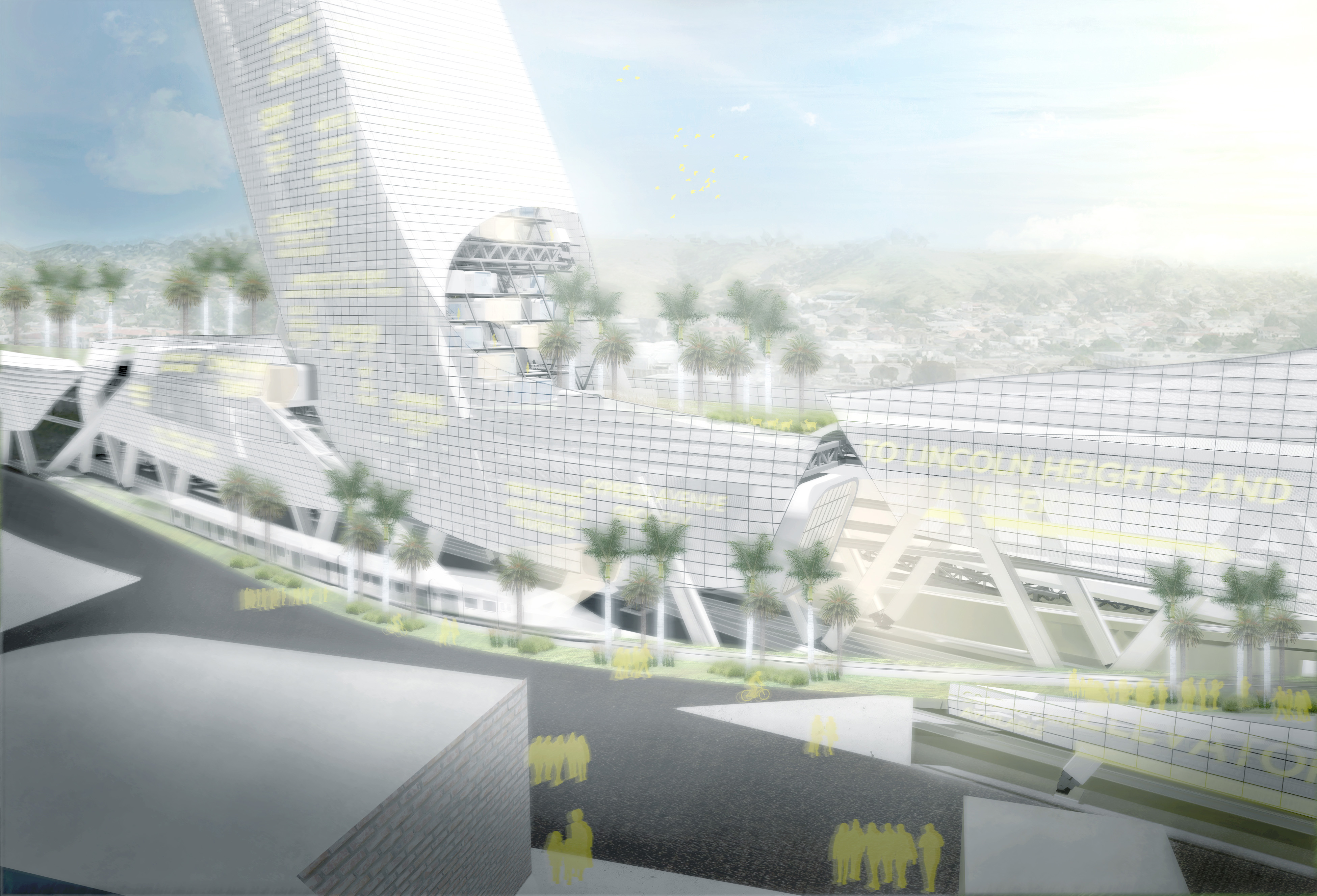 The 2020 ACSA/AISC Steel Design Student Competition offered upper-level architecture students from 56 colleges and universities across the U.S., Canada and Puerto Rico the opportunity to develop project designs using steel as the primary material. The 900 participants were from such schools as Auburn, Princeton, Syracuse and Texas A&M universities, Rochester Institute of Technology, and UC campuses including Berkeley.

The honorees from Cal Poly’s College of Architecture and Environmental Design were announced in September.

Jacob Bodinger, an architecture senior from Selinsgrove, Pennsylvania, was honored for “Adaptive Infrastructures,” which rethinks the concept of car-centric communities and supporting traffic infrastructure. Judges liked his proposal for “its conceptual approach, which proposes a design that could be applied to many cities.”

Bodinger said that America’s love affair with the automobile “is driven by the permanence of our highway and road systems as well as housing built with a new understanding of range and convenience.”

“Adaptive Infrastructures” proposes transitioning Los Angeles’ existing freeway system to rail-based transit that would connect to hubs that also function “as centers of travel, commerce, industry and community. Each hub is constructed as a framework for the programs … confronting new fast-paced and nomadic cultural and socioeconomic norms by envisioning programs as temporary installations amid a permanent structure,” wrote Bodinger, who was advised by Margarida Yin, an emeritus architecture faculty member.

The second Cal Poly project was “The HOODOO,” a proposed residential high-rise to be erected at 1 Oak Street in San Francisco, near the historic City Hall.

Judges were impressed by the design “for its esthetically beautiful and interesting idea as a formal strategy,” they wrote. “The students present the building through amazing renderings and intricate steel detailing.

The tower envisions 450-plus living units, with from six to 10 on each floor. The students collaborated on this 800-foot-tall skyscraper with SOM’s San Francisco partners Leo Chow, architect, and Mark Sarkisian, engineer.

“We see the vertical community as the spaces along the void, which provide the street views as well as immersive views between the two towers,” said Nagornaia.

Magnuson agreed. “Besides that, the vertical community spaces include smaller atriums for community interaction, conference and study rooms on some levels and a rooftop lounge on the upper floor,” she said.

The building, which takes its hoodoo name from the thin spire rock formations eroded by wind in southern Utah, is made up of a pair of canted steel cylindrical columns that twist around the structure’s perimeter. Two three-story steel outrigger trusses split the tower into thirds. The cores are tied together using these trusses, which are surrounded by a system of steel belt trusses.

According to Tang, the “tower interprets the wind erosion of a rock formation. Its shape responds to existing wind patterns and minimizes the influence of lateral forces.”

As the architectural engineer on the project, Vutova added: “The geological hoodoo has a layered structure, with the strongest and densest layers remaining above eroded weaker layers. The tower structure adopts a similar concept, using the outrigger floors. The central void stresses the concept of wind and creates a vertical community space.”

The top three awards in each category split $14,000 in prizes. The 2020 student designs will be exhibited at the ACSA’s 109th Annual Meeting in St. Louis in March and at the AIA National Convention in June in Philadelphia, and they will be published in a competition summary publication.

The competition recognized 18 exceptional projects, in two categories, that explored a variety of design issues related to the use of steel in design and construction.

With more than 1,900 students, Cal Poly’s acclaimed College of Architecture and Environmental Design (CAED) offers a unique blend of eight degree programs in five closely related departments: architectural engineering; architecture; city and regional planning; construction management; and landscape architecture. For nearly 75 years, the CAED programs and 16,000 alumni have been a positive influence on the forces that shape the planning, design and construction worlds. Learn more at www.caed.calpoly.edu.

The American Institute of Steel Construction (AISC), headquartered in Chicago, is a nonpartisan, not-for-profit technical institute and trade association established in 1921 to serve the structural steel design community and construction industry in the U.S. AISC’s mission is to make structural steel the material of choice by being the leader in structural-steel-related technical and market-building activities, including: specification and code development, research, education, technical assistance, quality certification, standardization, market development, and advocacy. AISC has a long tradition of service to the steel construction industry, providing timely and reliable information. Visit www.aisc.org. 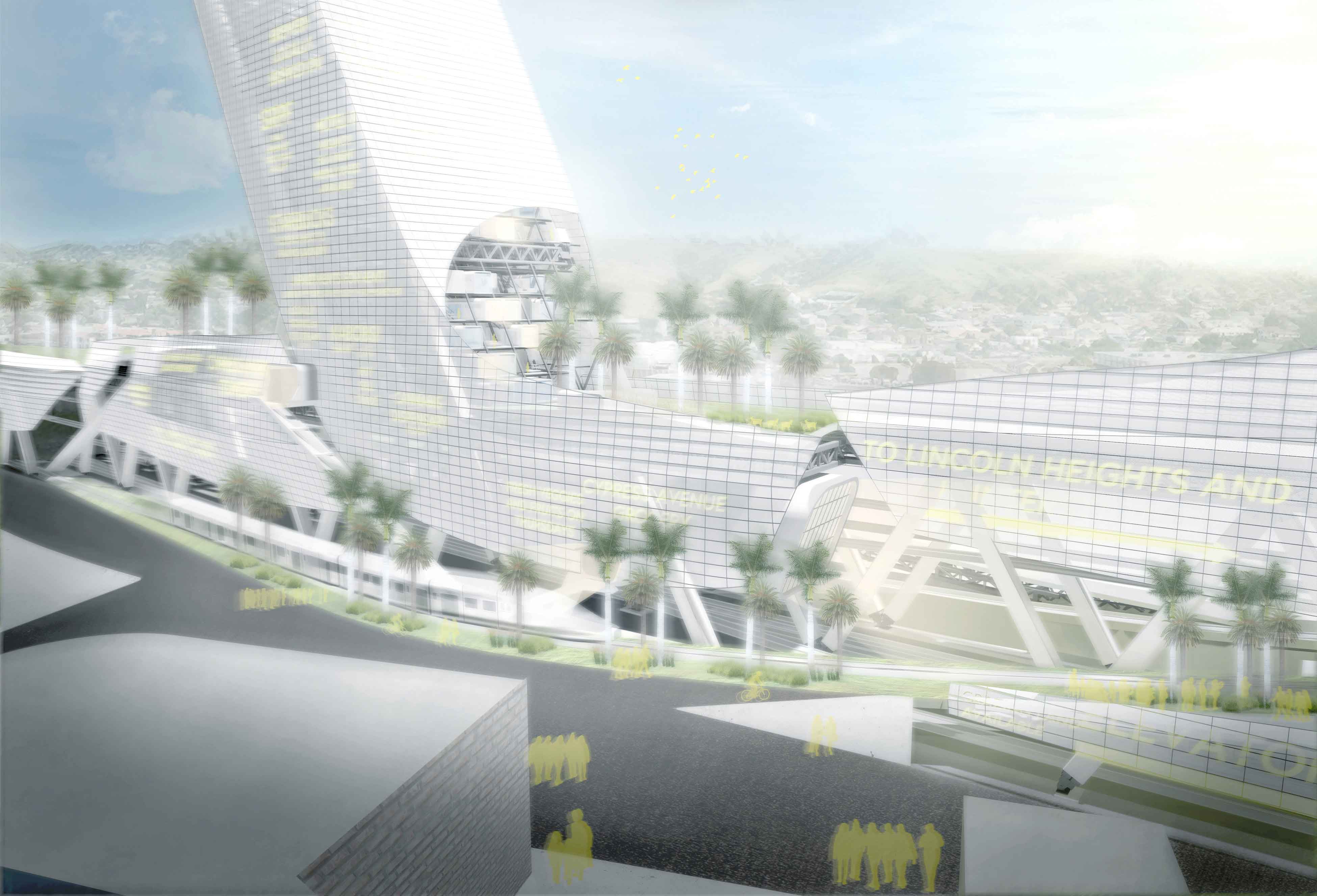 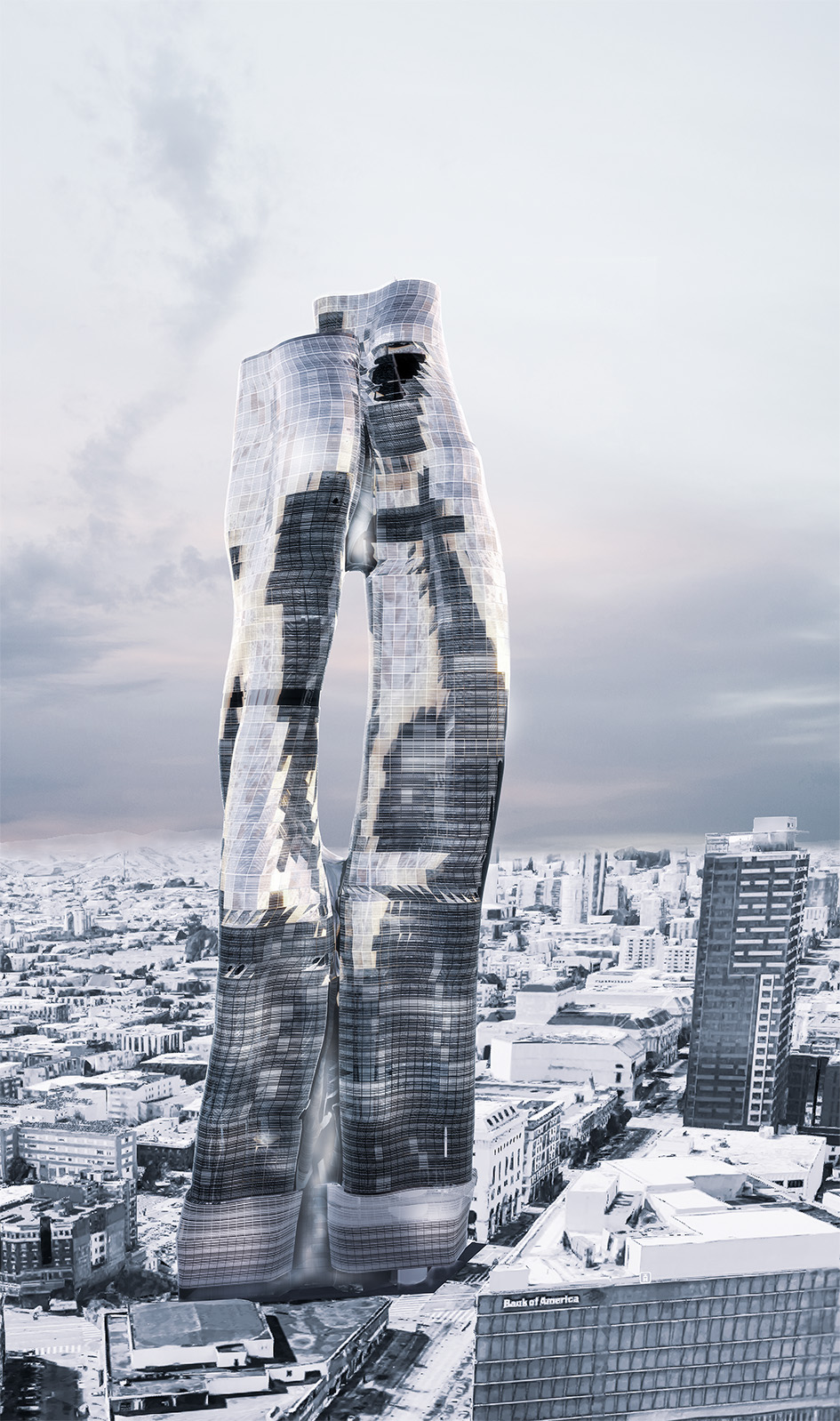 Cal Poly architecture students Solanda Magnuson, Alena Nagornaia and Amy Tang; and architectural engineering student Elitsa Vutova received an honorable mention for their entry, “The HOODOO,” a proposed residential tower in San Francisco, which derives its name and both architectural and structural concepts from rock formations sculptured by the wind.