Above & Below [The Veil]

Help Create the Future of The Built Environment

Leading When the Earth Shakes

Who answers the call when the ground moves beneath your feet? Since 1948, the Earthquake Engineering Research Institute has brought together professionals from a variety of fields to better prepare for and reduce harm from earthquakes — and students, faculty and alumni from the College of Architecture and Environmental Design are deeply involved.

Meet three members of the Cal Poly community who are helping lead the way toward a more earthquake-safe future.

I see myself as someone who believes that if you bring together diverse, passionate and creative people, good things will come.

In my role as executive director of the Earthquake Engineering Research Institute (EERI), I am surrounded by leaders in the field both emerging and established.

EERI is where experts in engineering, science and many other disciplines focused on earthquake safety come together to share, learn and advocate. We provide a home for those yearning for more impact and meaning in their professional career, providing them with tools and opportunities to make a case for earthquake resilience at home and around the world.

Take our Learning From Earthquakes Program, for example, where we send reconnaissance teams of our members to earthquakes around the world to document damage and identify lessons that could minimize future community losses. And that’s just one example: We also offer a companion field-based reconnaissance program for students and young professionals, a two-year intensive leadership training, legislative advocacy activities and many other programs and tools to foster leadership and teamwork.

These activities are designed to create and empower leaders by sharing knowledge between disciplines and inspiring our members to raise their voices and use their expertise for the betterment of society.

Two of our bright leaders of the future, Jenna Williams and Anahid Behrouzi, have made their own leadership pathways at EERI. Both are using the tools and skills they’ve developed at Cal Poly to enhance EERI and its work to achieve earthquake-resilient communities.

My own path into this leadership position also began at Cal Poly. When I was an architectural engineering student, faculty member Abe Lynn told me of an internship opportunity with EERI, developing field reconnaissance tools. This work opened my eyes to earthquake engineering and the importance of learning from earthquake damage to improve building codes and engineering design practice.

Though I had witnessed interdisciplinary work at Cal Poly, this internship showed me the value of having people from a variety of professions and backgrounds work together.

After I graduated in 2004, I went into engineering design. After a few years, I switched gears to serve as the outreach director for the Pacific Earthquake Engineering Research Center at UC Berkeley, where I exercised my communication skills and learned more about the academic research community.

But throughout that time, I remained active in EERI as a member, serving as the president of the local Northern California EERI Chapter. When the opportunity arose to join the EERI’s staff a few years ago, I was thrilled.

I believe that when academics and practitioners from earthquake hazard-prone regions learn from each other and work together, we can advocate and effect change.

I am grateful that every day, I work beside and for EERI members to serve the communities of the world by advancing earthquake resilience through enhanced science, engineering and policy.

Heidi Tremayne is executive director of the Earthquake Engineering Research Institute. She graduated from Cal Poly with a degree in architectural engineering in 2004.

As I entered my second year at Cal Poly, I decided to step outside of my comfort zone and attend an interest meeting for the Cal Poly EERI Seismic Design Competition (SDC) Team.

Though I didn't know it at the time, I had joined a group of students and faculty who would sculpt me into a leader on and off campus.

I also learned there were advantages to being the sole underclassman team member: The upperclassmen were eager to help me choose my ARCE classes and find a summer internship. 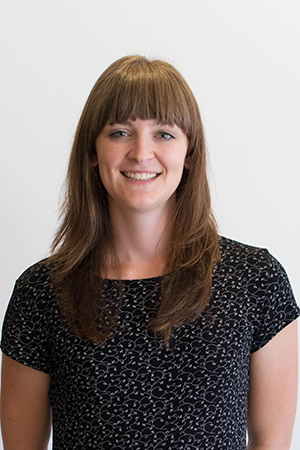 Jenna Williams is completing her master of science
degree in architectural engineering.

My sense of community was only furthered when I attended the competition in Portland, Oregon. There, I interacted with undergraduate students from all over the world who were passionate about earthquake engineering. There was friendly competition among the teams, but above all the students were there to support each other. It was at this moment that I knew I had found my home — not just at Cal Poly, but within EERI.

I dedicated the next two years to streamlining and expanding the SDC team. I served as the construction captain and vice president during my third year, utilizing the skills that Buerger had taught me and building my knowledge on the competition rules.

I also began working with the team faculty advisor, Anahid Behrouzi, to prepare for the future of the SDC team. Behrouzi was excited to share her knowledge of the competition and EERI with the team, which in turn made me an extremely dedicated member.

As a fourth-year student, I served as the team captain and president of the Cal Poly team. In this new leadership position, I learned the importance of organizing and delegating tasks. I began introducing underclassmen to the club in hopes of sharing my passion with others and showing other students the interactive and exciting programs hidden within the ARCE Department. In doing this, I found students who could serve as future leaders and catalysts to continue the Cal Poly SDC team legacy.

After dedicating three years to the SDC team, I wanted to give back to the program that gave me so much. I joined the EERI Student Leadership Council (SLC), a group of graduate students responsible for creating the Seismic Design Competition each year.

I served as the lead SDC chair, focusing on creating the design challenge and organizing the competition rules. My prior experience as a team member led me to create a challenging design problem, eliminate loopholes in the competition rules and create a new ground motion simulation with a destructive pulse.

Being a part of Cal Poly EERI and EERI SLC demonstrated how important student-led groups are. Current students will become future industry leaders, so what better time to start learning to lead than now?

Jenna Williams is finishing her master of science degree in architectural engineering.

The Value of Mentorship

When I was growing up in North Carolina, the public concern for earthquakes was far surpassed by those of severe windstorms and flooding. In fact, when I was completing my undergraduate civil engineering degree at North Carolina State University, there was very little discussion of seismic design.

There was no EERI student chapter or Seismic Design Competition (SDC) team.

But I was fortunate to have faculty advisors at North Carolina State who encouraged my participation in their earthquake engineering research, such as Professor Vernon Matzen, who worked on small-scale testing for piping systems in hospitals, and Professor Rudy Seracino, who conducted large-scale experiments of reinforced concrete columns for the Alaska Department of Transportation.

With the help of many faculty mentors, I was accepted for graduate studies in civil engineering at the University of Illinois at Urbana-Champaign (UIUC). The major draw: it housed one of the nation’s best equipped large-scale structural laboratories. I eventually began working there, investigating the seismic response of reinforced concrete shear walls with fellow student Andrew Mock and under the guidance of Professors Dawn Lehman, Laura Lowes and Dan Kuchma.

Through my courses, I began learning about EERI and attended student chapter meetings. At the time I was just another face in the back of the crowd, trying to navigate my way through coursework, research and friendships. The latter made all the difference in the end. 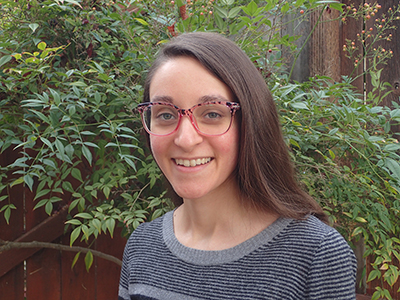 Anahid Behrouzi is a faculty member in the
Architectural Engineering Department.

Evgueni Filipov, a doctoral student and friend, recruited my research partner and me to replace him as UIUC representatives on the EERI Student Leadership Council (SLC). Our first task was helping plan a graduate research symposium at the 2013 Quake Summit in Reno, Nevada. There I met many accomplished, inspiring young people excited about earthquake engineering.

I was thrilled when I was invited to attend the SLC annual retreat the next fall. The SLC leaders thought my passion for education was a good fit for SDC co-chair, despite my complete lack of knowledge about the competition itself.

Through the year of mentoring from past SDC co-chairs and EERI staff — like Heidi Tremayne — I learned about the technical and logistical aspects culminating in a successful 2014 competition in Anchorage, Alaska! This was my fuel to stay engaged in EERI.

There were many more stepping-stones along the way, from SLC co-president to Younger Member Committee co-chair. These roles allowed me to meet and work with some of my closest friends on topics that mattered: reducing earthquake risk; and promoting educational opportunities in EERI for students, young professionals, and early career academics.

The most rewarding piece of it all — four years mentoring Cal Poly students on the EERI SDC team and in earthquake engineering-related research. Cal Poly architectural engineering students, like Jenna Williams, are endless in their dedication, unmatched in their depth of technical knowledge on seismic design and energizing in their raw enthusiasm. I have been proud to be part of the recent successes of the SDC team (second place in 2020) and of Williams (the 2020 SDC chair who executed the largest international undergraduate seismic competition to date).

Heidi, you have shown us the great impact a Cal Poly architectural engineering graduate can have on global earthquake safety. Thank you for your mentorship and support through the years.

Jenna, you are our future and will lead us to places we have not yet been. Thank you for letting me be a part of your journey from student to engineer.

Anahid Behrouzi is a faculty member in the Architectural Engineering Department.

Hear more from Jenna Williams and Anahid Behrouzi as they participate in this year’s EERI Seismic Design Competition.

Click here to read about a recent grant that will help Cal Poly students, faculty and staff study structural behavior during earthquakes.

Check out the cover story and awesome video about the Design Village competition and learn more about alumnus Chuck Durrett’s cohousing work!